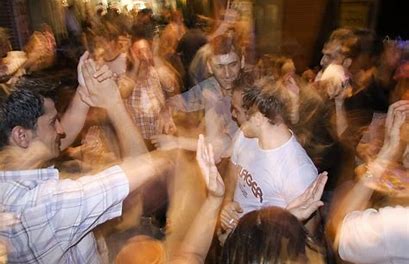 An open letter to Representative Joel Kitchens  and Andre Jacque

I understand that Republicans, after spending tax dollars to sue the Governor, did not want or expect what happened in many Wisconsin bars on Wednesday night, May 13,  to happen. That is good to hear.

But I do have to ask, what did you expect to happen? What did you want small businesses across the state to do? What is the Republican reopening plan? It does appear that the Wisconsin Tavern League influenced whatever the  Republican plan is. Did Republicans insist on a responsible reopening plan and protocol for taverns? You claim that you didn’t plan on the entire nation seeing once again, how foolish Wisconsin can be? What was supposed to happen according to the plan?

I bet there are thousands of out-of-state tourists who really want to come to Door County. After all, our BARS ARE OPEN,  CHECK YOUR MASK AT THE DOOR. Visitors can drink, transmit, and receive the virus all at the same time. No extra charge; “Come to Wisconsin Drink & Die”.

Are local businesses now in a stronger, safer, more sustainable position than they were before the Republication law suit and Supreme Court decision? Was our brand as a destination strengthened? Will we have a stronger and safer summer season as a result? I personally think the answer to these questions is no.

Innocent people will either get very sick or die or both because of the Republican Reopening Plan (or lack thereof). Families will be emotionally destroyed so some businesses can open when they want to. 84,000+ Americans have already died because of flawed national Republican Policy. I guess Wisconsin Republicans think a few more Badgers are expendable, as long as we can sell more beer and stuff.