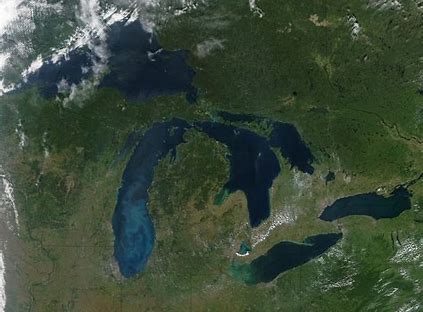 An article by Steven Maier appearing March 9th in urbanmilwaukee.com reveals that the proposed 2019 Federal Budget would completely eliminate funding for the College Sea Grant program.  According to the article, this program with its annual budget of $73 million responds to regional and local problems by engaging faculty at local state universities and colleges in solving them.  NOAA, the agency that oversees the Sea Grant program, estimated that in 2016 the program generated benefits to local communities and states of more than $86 million, far exceeding the cost of the program.  To borrow an oft-used phrase, defunding this program seems “penny wise and pound foolish.”  This program more than pays for itself.

In my experience as a Professor of Management for 40 years, 15 spent at state universities, I can comment on several features of programs like the College Sea Grant program that engage local university faculty with issues of regional concern.  First, they address real problems faced by communities in the states that participate.  For example, the article described how one of the Sea Grants provided a remedy for deteriorating sea walls in Wisconsin and Minnesota.  The local university scientists identified bacteria as the culprit, and now the walls are being replaced with bacterial resistant materials that could save millions in the long run.  In my experience, results like this are common.  For example, early in my career, I was involved in a federally funded university-business partnership program in Pennsylvania that, within two years, turned an accident-ridden workplace into one of the safest and most efficient in its industry by making important changes to the way work was performed.

In addition to a favorable benefit-to-cost ratio, these programs do two other things that benefit the states.  First, they integrate talented university faculty with local government and business leaders.  This can be a first step in creating ongoing relationships between those who face problems, and those who have the special expertise to solve them.  This makes the university that much more valuable to the state.  Second, these opportunities are highly valued by the expert faculty who, as a rule, love to work on problems where they can see tangible results that make lives better.  Far from esoteric, these programs attract faculty to real problems where the “rubber meets the road.”  This helps the state universities retain and attract talent.

The choice to continue funding the College Sea Grant Program should be a no-brainer.  A private business would likely borrow money to invest in initiatives with the kind of payback and other benefits delivered by the Sea Grants.  Let’s hope that the senators, representatives and governors of the Great Lakes states push back hard against the defunding of the program, and for the second year in a row, prevent its demise.  The facts are in their favor.