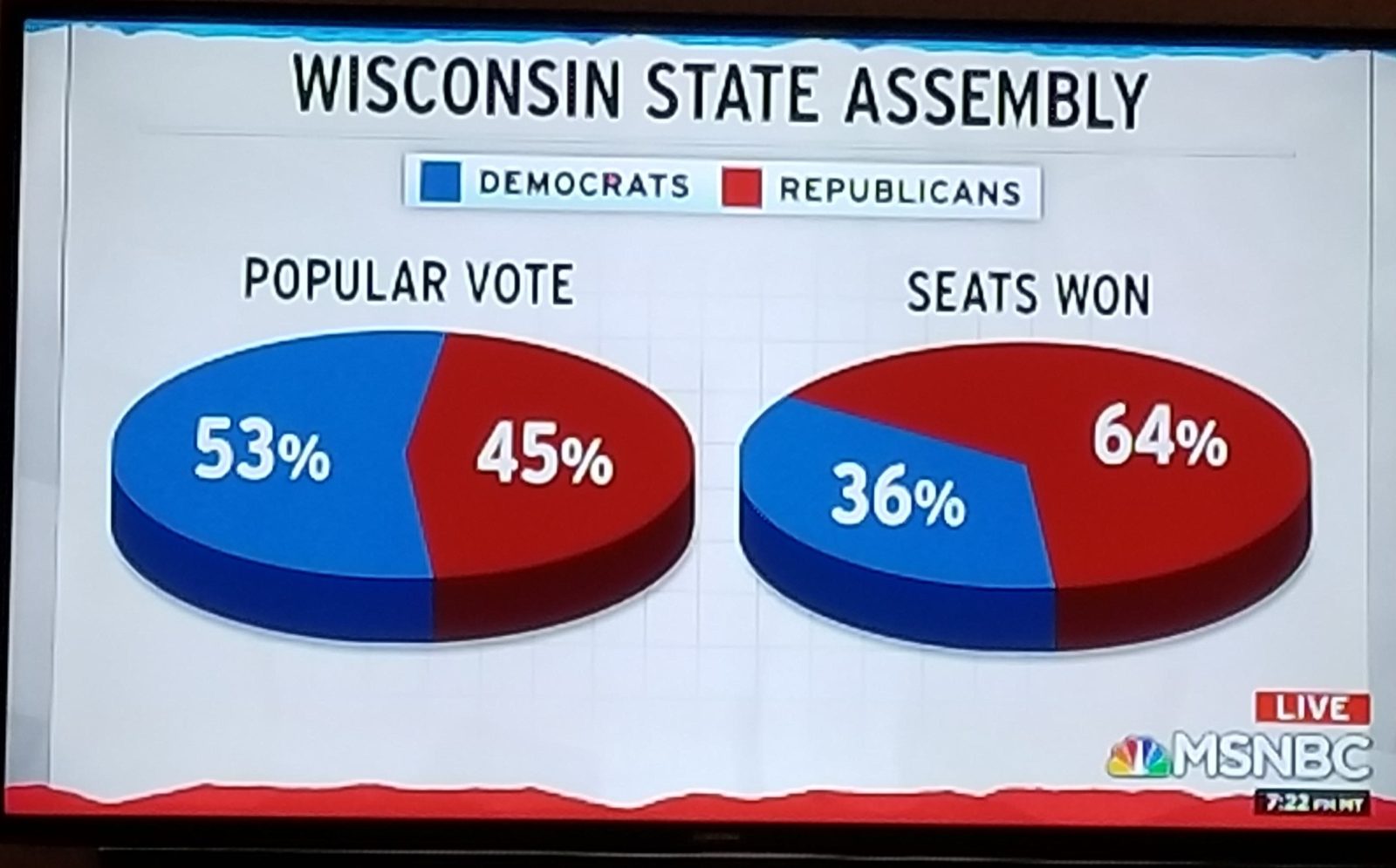 Supreme Court Justice Kavanaugh said, “…extreme gerrymandering is a real problem for our democracy,”. The Supreme Court held though that the solution to gerrymandering lies with the legislatures and not the courts. Wisconsin is a state where the politicians chose voters, rather than voters elect officials. Whether one tends to vote republican or democrat gerrymandered is not good.

Voters lose the power of the vote. This was amply demonstrated during the arguments before the Supreme Court. It was pointed out that election results are a given before citizens cast their vote. Districts are predetermined to elect a democrat or republican .The way the districts are drawn most votes are simply wasted efforts. The idea we have a true democracy is lost.

A bipartisan group of Wisconsin legislators are pushing a bill to get politicians out of the business of drawing the state’s electoral maps. Three Assembly Republicans have agreed to be co-sponsors a bill with Robyn Vining, D-Wauwatosa: Reps. Todd Novak, R-Dodgeville; Travis Tranel, R-Cuba City; and Joel Kitchens, R-Sturgeon Bay.  A bill in the State Senate is sponsored by Dave Hansen, D-Green Bay. There are no Senate republicans co-sponsoring the bill.

The proposed bills assign re-districting to a citizens group made up of five members appointed party leaders. The proposal re-districting by the citizens’ group would need legislative approval. This is similar to the Iowa system which has been in place for many years and has met with the approval of both democrats and republicans.

On November 13, 6:30 pm at the Kress Pavilion in Egg Harbor Matt Rothschild, executive director of the Wisconsin Democracy Campaign will speak on gerrymandering, its effect on a true democracy, and ways to end gerrymandering.  Come and listen to this well informed and persuasive speaker discuss how Wisconsin citizens can have their vote count.

As Justice Kavanaugh said “extreme gerrymandering is a real problem for democracy”. Lets turn Wisconsin back into the democracy our founders envisioned.  Contact Joel Kitchens and demand that Wisconsin adopt a system like Iowa where the voters chose the elected officials.