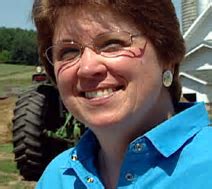 The following was written by a member of Indivisible Door County and it represents her personal opinion. Indivisible made a decision to not endorse any candidate running in a contested primary. We do encourage all to research  the various  candidates and to promote them them as they see fit.

Indivisible will post similar statements regarding other candidates if and when we receive them Please send such statements to mike@indivisibledoorcounty.com subject line: Candidate Endorsement Statement Please post.

The Best Choice for Governor Is Vinehout

Let’s put aside the popularity polls and commentaries that focus on a candidate’s appearance and money to consider who is likely to accomplish what the people of Wisconsin need most: reliable  health care for all, a livable environment, a sound economy,  fine public schools, affordable post-secondary education, common sense gun control, programs to prevent discrimination and to solve serious mental problems that lead to addiction, and so on.

If you want these things to happen instead of remaining on a wish list indefinitely, vote for Kathleen Vinehout in the August 12h primary. She has been elected to the WI Senate three times from a mostly conservative district in western Wisconsin. In each of the last four cycles, she has prepared an alternative budget that showed how these objectives (and more) could be achieved with the same tax dollars as the proposed budget. She has written columns on all these issues (and more).

Kathleen has visited Door County several times since 2010, when she famously said she wished she had kept her barn boots to wear in Madison. A farmer, a former college professor and a thoughtful legislator, she is thoroughly familiar with the way state government has worked in WI and is thoroughly prepared to make it work differently. “People First” is more than a slogan. For example, she notes that a coalition in Eau Claire actually created the 3000 jobs Foxconn has said it “might” create–without charging the people of WI four billion dollars.

At a recent house party in Baileys Harbor, Kathleen addressed two controversial issues: abortion and gun control. Her position on abortion is clear and sensible. While she believes that it can become less common (even rare) with better contraceptive education, she supports a woman’s right to make this decision with her doctor and to receive safe care in a medical facility. On gun control: she favors permits for concealed carry, background checks, laws against devices that turn guns into automatic weapons, no weapons for teachers, and so on, as do all the other Democratic candidates.

Her positions are based on a wealth of experience, which she shares on her web site, www.kathleenvinehout.org, along with links to the columns she has written on the issue she addresses. This give her a recorded depth that none of the other candidates can claim. By putting “people first,” she also seeks to restore the democratic process that has been lost in the last eight years. Here are her words: “Democracy is a set of rules that allows all of us to participate in making community decisions. . . . Restrictions on voting, floods of corporate money, and speed and secrecy in the making of laws are the tools of those who seek to centralize control, restrict democratic practices, and take power from the people.”

We could not ask for a better, more prepared, more accountable candidate for Governor!