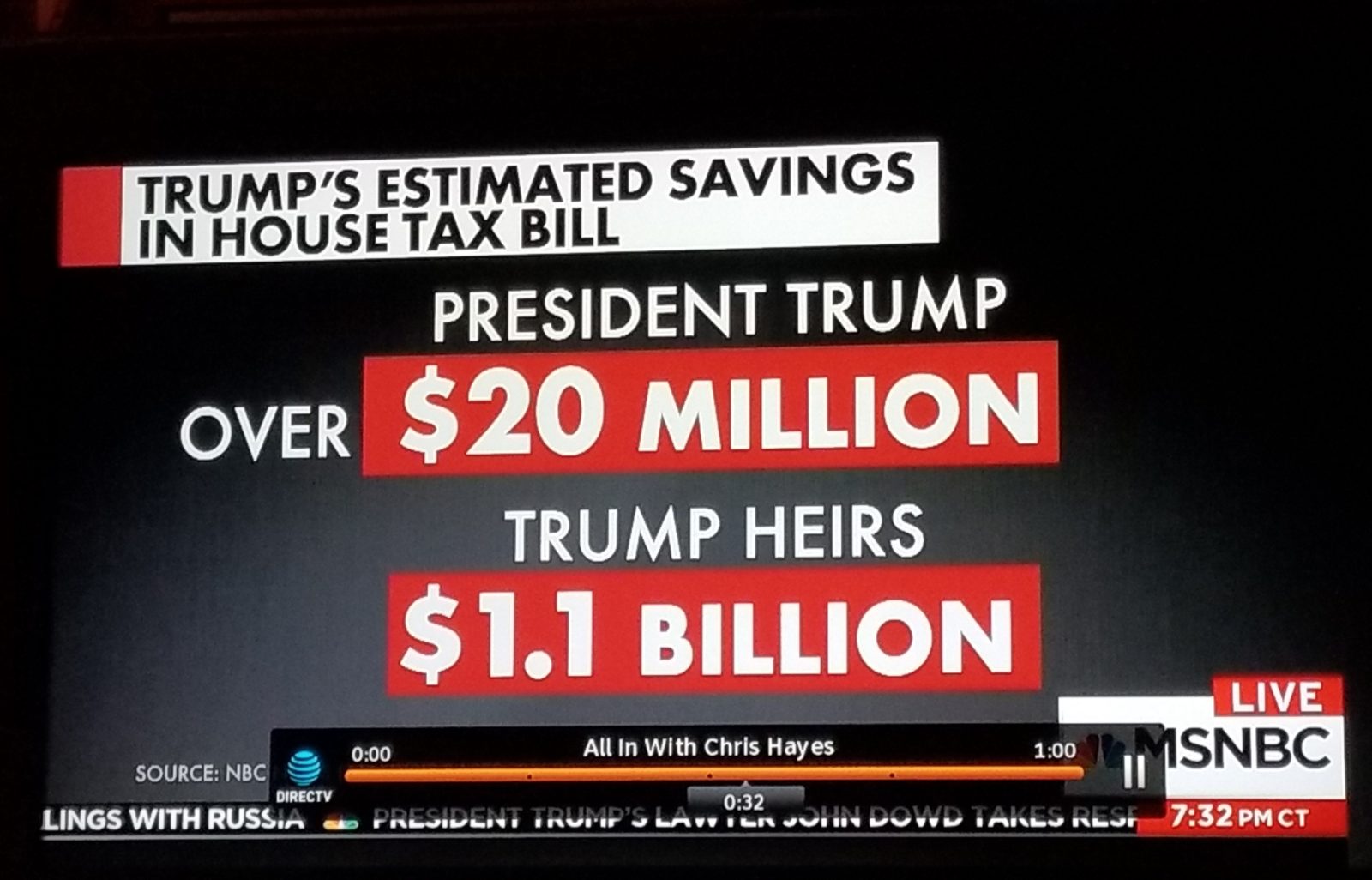 The Trump, aka Gallagher/Johnson, Tax Increase will soon be law (if it isn’t already by the time you read this). Many of us have or soon will lose their health insurance or see dramatic rate spikes. To pour salt in that wound, taxes most of us will see a tax increase as well; disposable family incomes will go down.

But as always, there can be a silver lining to this Republican cloud. If you or your family stand to inherit a bundle, the taxes on that windfall will now be much lower, enabling you to create jobs with that bonus. If you aren’t such a beneficiary but know someone that is, be sure to thank them for shifting taxes onto you. If you are working for wages, the President has promised that wages will go up an average of $4,000/year. So, remember to write or ask your employer when you can expect to see that raise. Similarly, if you are Senator Ron Johnson, it strongly appears as if you will benefit directly and financially from this bill and the changes in it that you pushed for. Atta Boy Ron.

I recently received an email Newsletter from Rep. Mike Gallagher. I am not sure if he had time to read the Tax Increase Legislation that he voted for – he was busy being a Salvation Army Bell Ringer, raising funds for those less fortunate than his campaign donors. However, he did vote for it. He did support a plan which is setting the stage for a reduction in Medicare and Medicaid (Is it possible that none of his constituents receive that support?).  At any rate, it has his name on it. As they say, the proof is in the pudding; the ball is in their court; the piper (or the Devil) must be paid. Let’s not be fooled, as Mike Gallagher apparently was. We, the voters of the 8th District, must make Rep. Mike Gallagher pay for his support of the Trump/Johnson/Gallagher Tax Increase Bill. He says he believes in term limits. I think he has reached the end of his term.