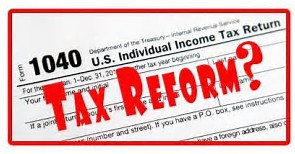 Once again we are witnessing the spectacle of clever advertising designed to sell us the opposite of what we want and need as U.S. citizens. Last night on CBS I saw an ad sponsored by one of the Koch brothers’ organizations that featured Trump himself claiming that “simplification” of the tax code is for the greater good—despite all the evidence to the contrary. Much of that evidence has been presented in these pages, so I will focus here on the strategy of simplification that is being used to pull the wool over our eyes.

The strategy in a nutshell is to trade on a well-known American tendency to prefer the more immediately accessible approach over the more complicated one. Newspaper editors have learned to go for the picture or the outline instead of the full explanation. In the world of 140 character communications, “pics” is better than “pictures.”

Simplification can be a positive value, but no value is always positive, and in this case, its effects on ordinary Americans will be extremely negative. The “simplifications” in this bill involve mainly removal of deductions, credits and benefits that were carefully crafted over a century to help the middle class, and reduction of tax rates for wealthy corporations and individuals. Oh yes, AND reduction of social programs such as Medicaid and Medicare, although such reductions will do nothing to address the $1.5 trillion increase in the deficit!

What DO we really want and need as a nation in a tax code? That is really simple. We want everyone, including corporations, to pay a fair share of taxes so that the health and safety of all Americans is ensured. We need a code that is not full of loopholes for those who send their money or their business offshore to avoid taxes and a sound process of tax collection. The current tax bill completely fails to satisfy these criteria, as other writers have shown.

Trump wants you to urge your Senators to vote for this deeply flawed bill so that he can claim one legislative victory in 2017, and the Senate is tinkering with it to make it seem positive through the next election.  I want you to consider the long-term consequences for yourselves and those you love. The evidence is clear. This bill will not be good for anyone who earns less than $75,000 a year. Average income in Wisconsin rarely tops $50,000. Let’s speak up for our fellow/sister Wisconsinites. Nothing (really) good will come of this bill for them.