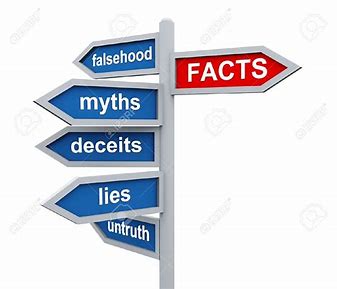 Dear 10:00 News staff:
I often watch your 10:00 newscast because you usually do a good job, but tonight’s coverage of the extended “safer at home” policy was pretty bad, and I hope it will not happen again.
First, you let two interviewees claim that there was no rationale for Gov. Evers’ policy, when you must know that the rationale across the country is to wait 14 days after there are no new cases of the virus before beginning to open things up! A segment at the end of your coverage about the fact that cases are NOT leveling off proves that you are aware of the importance of this information, BUT you did not connect the dots for the viewers. This is simply bad journalism.
It hardly seems possible, but the report on the protest was worse in two ways. First, you claimed that 70,00 WI people protested Gov. Evers order on Facebook. How would you know that all of these people are from WI? How would you know they are not bots? Did your staff read all of the messages to see if they were all making the same point? Hashtags often provoke discussion! If your staff didn’t actually read the messages, where did you get this info? Was it part of Trump’s plan to undermine the governors and/or the scientists? In the past, I have never heard your staff give certain numbers for in-person protests in NE WI cities! Why would you report certain numbers for Facebook or social media posts when they have had such a tarnished history since 2016?
Second, Erin and Tom seemed almost ecstatic about these protests on camera! They have been doing quite well in general at reporting without tipping their political preferences, so their glee was noticeable. Never mind that Erin has a liver problem that makes her vulnerable to the virus; no one mentioned the health issues involved in a return to Business as usual except to say that 30% of those who contract the virus have to be hospitalized at the end of the segment—again without connecting the dots. Part of the problem with this virus is that our death rate may be as high as 20%. That is way too high and much higher than in most other countries!
It is not ok just to stick a microphone in front of a Republican and a Democrat and report whatever comes out. Your staff heard Gov. Evers’ statement. Surely you have read about the work the governors have been doing together. It is not fair to citizens to pretend that you do not have sufficient knowledge to counter misinformation with informed questions and connections. This virus is serious and you have a higher than average responsibility to help people to understand what is happening.
One final insult to our intelligence and well-being lay in the use of the word “quarantine.” We have not been quarantined for the past month and Gov. Evers relaxed several aspects of the “safer at home” rubric on Thursday.
Words matter. Images matter Expressions on faces matter in television reporting. This program was sub-standard!

I hope you will rectify some of these problems in the next few days and weeks. I will be watching.

Thank you for your attention.
Sincerely,