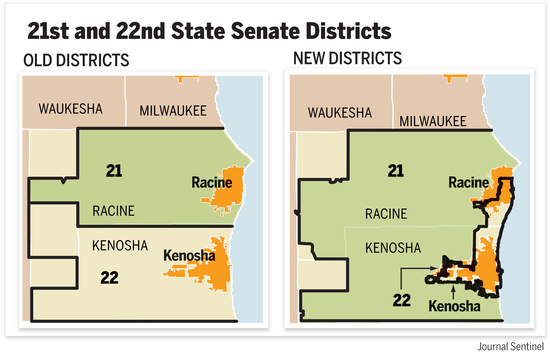 In the 2018 elections, Wisconsin voters elected a Democratic Senator, Governor, Lt. Governor, Attorney General, and other state wide officers. In that same election 53% of the votes cast for State Assembly seats were cast for Democrats. Despite this overwhelming Democratic vote statewide, only 36% of the elected State Assembly Representatives were Democrats. By the way, only 45% of the votes cast were for Republican candidates, yet they won 64% of the seats. How can this be?

In a recent Marquette University poll, 81% of Wisconsinites favored universal background checks prior to gun purchases. Similarly, 70% prefer expanded Medicaid Coverage and 71% want a non-partisan system for drawing voting district boundaries. Yet, in Wisconsin there is legislative disinterest in solving any of these problems. In a democracy, when more than 70% of the citizens favor a particular policy yet they are ignored by the elected legislature, there is a big problem. Why do we face that situation I n Wisconsin?

I think a principal reason for these two incongruous situations is that the Republican controlled legislature and Scott Walker’s Office back in 2011 conspired to draw voting district maps in which they selected their voters. That is called “Gerrymandering” and the consequence of that practice, regardless of which party does it, is that the voices of voters are not heard equally. As a result, of what the Republicans did in 2011, some voter voices favoring Democrats are packed into a few districts and the others are muffled by spreading them around in other districts. This practice results in minority rule. As can be seen in the survey results mentioned above.

Come to Egg Harbor’s Kress Family Pavilion on Wednesday Nov, 13 at 6:30 to hear a clear and powerful description of this process as well as what we as citizens, who care for our Democracy, can do about it. Matt Rothschild from the Wisconsin Democracy Campaign (www.wisdc.org) will be on hand to help us better understand this critical issue. For more information go to www.indivisibledoorcounty.com or contact me at mike@seaquistbayshore.com.