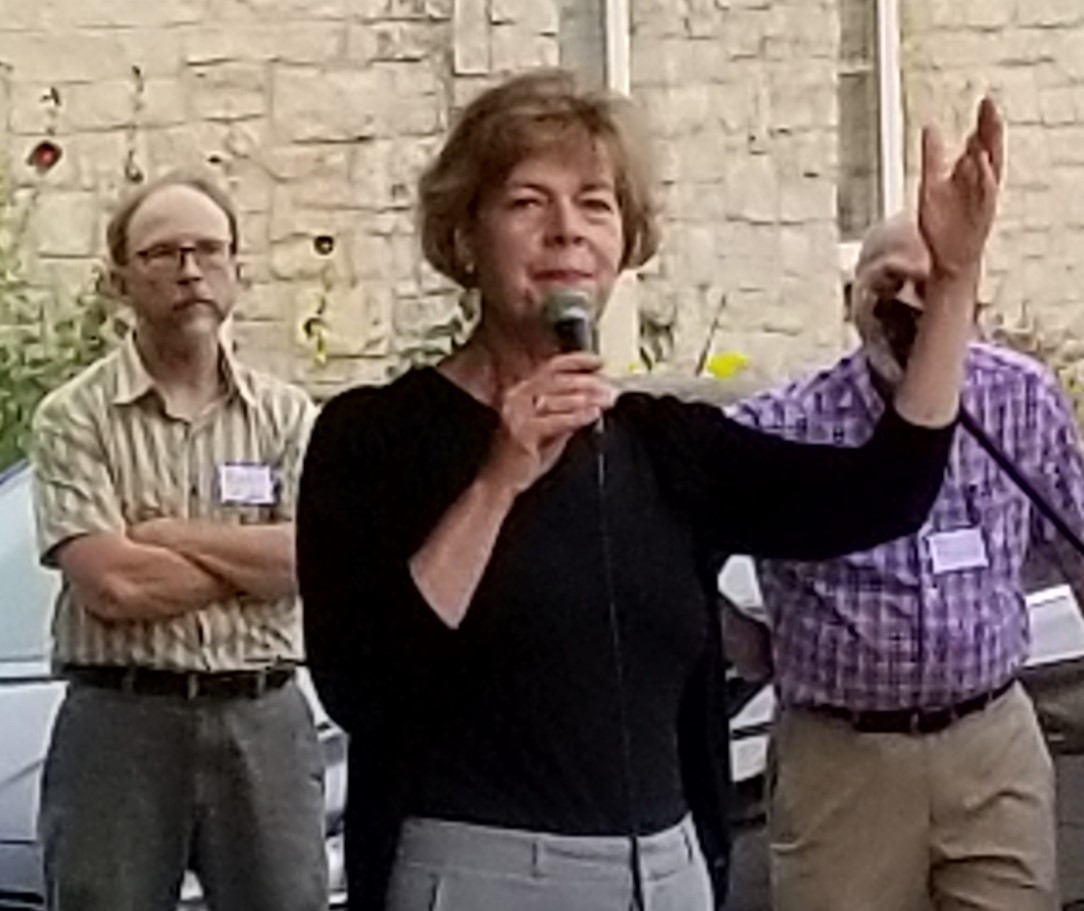 Senator Tammy Baldwin is in a Senate race to define who we are as a country and as a state.

The Democratic/Republican balance in the US. Senate is virtually tied, in fact Vice President Pence had to break the tie 9 times already in 2017. We cannot afford to loose Senator Baldwin’s thoughtful, progressive, inclusive, country first voice in the Senate.

As of January 2018, this race has been identified as one of, if not, the Top Senate Race in the Country. Out of State campaign dollars are pouring in to oppose her. So far, at least $3.1 million has been spent against Senator Baldwin. That is more than has been spent against ALL OTHER DEMOCRATIC SENATE CANDIDATES IN IN THE COUNTRY, COMBINED in 2017. Those dollars are tracked by the Federal Election Commission. In addition, the Senator’s campaign identified more than $4.7 million that has been spent on TV and Radio ads that attack her candidacy. That adds up to over $7 million opposition dollars and it is still early January!

So, we are up against a juggernaut. We are up against financially powerful non-local interest groups that are seeking to undermine democracy, promote and protect the powerful and wealthy with little if any regard for the citizens, environment, or the social institutions of this country. A democratic majority in the Senate is absolutely necessary if this movement is to be stopped and the retention of Senator Tammy Baldwin as our Senator is essential if that is to happen.

Senator Baldwin wants health care for all, not just for those who can afford it. Senator Baldwin knows that the small businesses, as well as the seasonal and part time workers that are prevalent in Door County are particularly vulnerable to rising medical costs. Her legislative record proves that she understand those interests better than the out of state Koch Brothers.

Senator Baldwin wants quality education and skilled job training education to be accessible and affordable. Out of state interest don’t want to invest their tax dollars on quality and affordable education. They want to keep it in their pockets or spend it on themselves.

Senator Baldwin knows that earned benefits such as Social Security, Medicaid and Medicare are the life line for most Wisconsinites. Their elimination or reduction (such as is supported by her Republican opponents) would be devastating to the people of Door County and Wisconsin. Does your neighbor rely on Social Security to shop at the Pig or Econo? Would the hospital in Sturgeon Bay be viable without Medicare and Medicaid?

What about the quality of the water in the Great lakes? Commercial fishing, sport fishing, boating, municipal water systems – basically the heart of the Door County economy is dependent on the improvement and then maintenance of high quality water in Green Bay and Lake Michigan. Senator Baldwin helped secure funding for the Great Lakes Initiative to see that we don’t squander that critical resource.

These are but a few examples of why Senator Baldwin MUST be returned to the US Senate.

Why I Support Senator Baldwin

Tax Reform that helps the Middle Class; not tax breaks for the wealthy

Affordable Health Care for all

Resources to fight the Opioid Epidemic

Environmental Protections for our Grandchildren

To protect the Quality of the Great Lakes

If you want to help Senator Baldwin be reelected to represent YOU in Washington, if you would be interested in a yard sign, if you would like to host a Tammy Baldwin gathering at your house, or if you need more information, contact one of the following web sites and/or join Indivisible Door County.

For more information about Senator Baldwin, her record and her position on policy issues, please go to the following web site:

This is critical folks. We can protest. We can march. We can write letters/email our Members of Congress. We can call. We can write Letters to the Editor. As engaged citizens we must do these things.

But we need a Senator who represent US; not the out-of-state donor class. We need to have the back of a Senator who has our back. November sounds like a long time from now. But it is less than one year away. Act now. December will be too late. Now is the time.